The day has finally come!  February 14th, 2016 marks the release of rapper Kanye West’s much anticipated seventh full-length solo album.  Ever since hearing his 2010 record My Beautiful Dark Twisted Fantasy, West has been without a doubt my favorite artist of all-time.  All six of his albums prior to his most recent has had a completely unique sound and vision, ensuring that every single listen is a revelatory experience:

His debut The College Dropout is a soulful and melodic rap album where a young talent tries to make a name for himself.  His followup Late Registration sees a much more “full” sound, incorporating strings, samples, and biting lyrics focused on major social issues.  The last album in the college trilogy, Graduation, provides a fresh synthesizer-laden sound, full of booming triumphant anthems.  West’s style took a complete turn in 2008’s 808s & Heartbreak, an electronic R&B record taking full advantage of the then brand new Auto-Tune sound, with incredible lyrics detailing the heartache and alienation felt by the controversial artist.  In 2010, Kanye West would release what is perhaps his most celebrated and acclaimed work, My Beautiful Dark Twisted Fantasy.  Returning back to the realm of hip hop, MBDTF deals with the excesses of being a celebrity, existentialism, and the American dream.  Following the success of MBDTF, Kanye took three years to produce 2013’s Yeezus, which has proven to be my all-time favourite album.  Yeezus has an angry and aggressive, stripped down sound and deals with West’s furthering of his controversial, outspoken public persona.

I’ve been patiently waiting for his follow up to Yeezus for three years now, and West’s So Help Me God is finally here!  Er…SWISH is he-…really?  Waves?  Okay!  Waves is finally…*ahem*, sorry folks…Kanye West’s The Life of Pablo has finally been dropped worldwide through Jay-Z’s Tidal music streaming service.  The new album comes after a litany of name changes, tracklist mix-ups, and unexpected and disappointing delays.  Luckily for myself and Kanye’s patient and tolerant fans, the new album absolutely doesn’t disappoint on any level.  While the album as a whole may not be anywhere as thematically or stylistically consistent as the rest of his discography, anybody trying to find meaning and a prevalent style in The Life of Pablo is going to find it very easily.  Kanye ditches much of the anger and disillusionment found in Yeezus, and instead goes for something of a southern gospel-tinged sound.  Not every track benefits from the influence of the gospel genre, but it’s undeniably present in a majority of the tracks on Pablo.  The album mixes lyrical content of albums like 808s & Heartbreak, My Beautiful Dark Twisted Fantasy, and Yeezus, and creates one hell of a manic project.

The album begins on an incredibly high note with the breathtakingly beautiful “Ultralight Beam”, featuring a terrific outing from featured artist Chance the Rapper.  The moment the intro track finished, I knew that we as Kanye West fans were in for something truly memorable and unique to his discography.  The thematic and stylistic changes throughout the album makes it far more interesting in my opinion, sounding more like a greatest hits compilation of never before heard songs.  The four track streak following the self-aware skit “I Love Kanye” of “Waves”, “FML”, “Real Friends”, and “Wolves” is one of the biggest emotional roller coaster rides I’ve ever endured as a hip hop fan, and instantly made me regard the album as a success upon my first listen.  After somewhere around a dozen listens throughout my day, nearly every track on the album still stands out as being a triumph, and I’m still blown away every time I heard some of these tracks.  The Life of Pablo is a revelation for me as a Kanye West fan, and I hope it catches on with those who discredit him as merely being an egomaniacal social media troll.  His latest album is truly special, and verges on being a masterpiece in its greatest moments.  It deserves a listen from anybody, whether you’re a fan or not.  Who knows, it may just change your opinion of the controversial and severely misunderstood artist.  Kanye West’s The Life of Pablo gets my absolute highest recommendation. 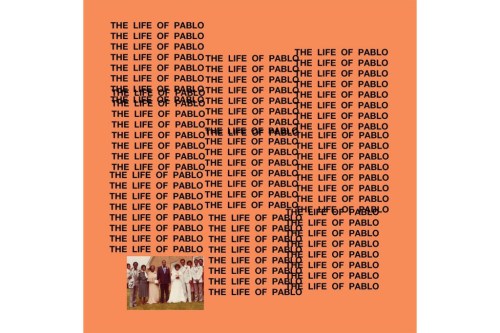 Below is a breakdown of my brief thoughts on each track:

Filed under Music, Other, Reviews